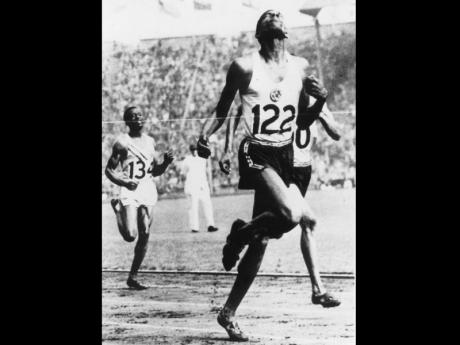 Despite G.C. Foster's triumphs in the post-1908 Olympic meets in Britain, up until 1930 track and field athletics in Jamaica remained internally focused. There was no participation at any level of international athletic competition. Boys' Champs was the island's premier meet and a few athletes entered the Open Championships. For the rest of the year attention was focused on other sports.

The first regional athletic championship was held in 1926 when Cuba, Guatemala and Mexico staged a Central American Games in Mexico City. Four years later, Havana was the venue and it was to these games that Jamaica first sent an athletic team to compete. The team was coached by G.C. Foster and ended up with one silver medal, won by Joe McKenzie in the high jump. McKenzie, who attended St George's, had won this event at the 1928 Inter-Schools Athletic Championships. At the Games, his leap of 1.7m was the same height as that of the winner.

The Formation of the JAAA and the JOA

The next major step towards qualifying for participation in international athletic competitions was the establishment of the Jamaica Amateur Athletic Association (JAAA), and the moving force behind this was Norman Manley. The local athletic fraternity was focused on the British Empire Games to be held in London that year, and the affiliation of the JAAA was a precondition for Jamaica's participation.

Jamaica's team to the Empire Games included Bernard Prendergast, a Jamaica-born athlete living in Britain. He was the winner of Jamaica's only medal - a bronze in the discus. Prendergast was bent on representing Jamaica in the 1936 Olympics, but Jamaica did not become a member of the International Olympic Committee in time. Consequently, although Prendergast became the first Jamaican to compete at the Olympics, he did so as a member of the British team.

Finally, in 1936, a group led by Norman Manley and including Herbert McDonald, Eugene Martinez and G.M. DaCosta, who became the first president, launched the Jamaica Olympic Association (JOA). The way was now clear for Jamaica to compete in the 1940 Olympics, but the outbreak of World War II led to the cancellation of both the 1940 and the 1944 Olympic Games. In the meantime, however, Jamaica continued to compete regionally, and in 1938 sent a large contingent to the Central American and Caribbean Games in Panama City.

The team to the 1938 CAC Games included 18-year-old Arthur Wint, who 'G.C.' had continued to coach after he left Calabar in 1937. Under 'G.C's' guidance, Wint's sprinting technique improved dramatically and made a vast difference to his middle-distance running. Speed was the decisive factor as Wint clocked an amazing 1:56 to win the gold medal in the 800 metres at the Games. His time was 12.2 seconds faster than the record for the 880 yards at Boys' Champs, which stood at 2:8.8. Had Wint remained in school he would have been eligible to compete at Boys' Champs for another two years.

Jamaica's medal haul at these CAC Games was substantial. In addition to Arthur Wint's gold medal in the 800m, G.B. 'Flying Farmer' Grant won both the 1500 and 5000m, and Beryl Delgado won the silver medal in the high jump. The medal haul was completed with bronze medals going to A.W. Jones in the 200m and the women's 4x100m relay team - Icis Clarke, Gertrude Messam, Rena Saunders and Beryl Delgado.

'G.C.' Prepares Jamaica to take on the World

'G.C.' was always confident in his ability to coach a Jamaican athlete at home to compete successfully against the best in the world. He got his opportunity to prove himself in 1941, when Jamaica staged its first international track meet. The visitors included Payton Jordan, third in the AAU Championships for the 100 and 200 yards, and Hubert Kearns, the 400-metre US collegiate champion.

For this encounter, 'G.C.' prepared Arthur Wint and A.F. Brown. Kearns saw Wint in training for the 800 and decided to run the 400 instead. 'G.C.' changed Wint's schedule and entered him in the 400. Kearns won the race, but only by a whisker. The same result obtained in the 100-metre battle between Jordan and Brown.

In 1941, Jamaica's athletic programme was broadened with the holding of the first athletic championships for girl's schools. 'G.C.' made sure that the talent unearthed at these championships was recruited to the national programme. As women's athletics expanded, 'G.C' received invaluable assistance from Joslyn Munro the coach at Kingston Technical School, which produced stars like Kathleen Russell and Hyacinth Walters. This was also the school that produced George Rhoden, and it is significant that although the technical schools were not allowed to participate in the Inter-schools Championships, Kingston Technical contributed more athletes to Jamaica's 1948 Olympic track and field team than any other school.

Another dimension to Jamaica's preparation for the Olympics was the 'American connection', which opened up in 1942 when Herb McKenley became the first Jamaican athlete to take up an athletic scholarship at Boston College in the United States of America. In 1945, he transferred to the University of Illinois where he came under the coaching and mentorship of Leo Johnson, and within a year became the world's leading 400m runner. By the 1948 Olympics, the American connection became a critical component in Jamaica's preparation for the Olympics.

Barranquilla - the Prelude to 1948

In 1946, Jamaica sent a powerful team to Barranquilla to compete in the 5th Central American and Caribbean Games. Among the Olympic hopefuls, Wint took the 800m and then teamed with McKenley and Rhoden to give Jamaica a clean sweep of the medals in the 400m. McKenley won the silver medal in the 100m while Carmen Phipps and Vinton Beckett won gold and silver in the high jump, and Mavis Evelyn was the runner up in the 80m hurdles.

The rising star was Cynthia Annabelle Thompson, a past student of St Hugh's High School, who had been discovered and nurtured by 'G.C.' Foster. At the CAC Games that year, Thompson won the 100 metres in a record 12.1 seconds. The following year she was clocked in a world-ranking 10.8 seconds for the 100 yards. On the eve of the Olympic Games, the 'West Indian Thunderbolt', as Thompson was dubbed, ranked 4th in the world in the 100m and 6th in the 200m.

The other 10 members of Jamaica's track and field team to the Olympics were equally prepared to compete against the best in the world. Herb McKenley, the world-record holder for the 300m, 400m and 440 yards, was also the first man to break the 46-second barrier for the 400m. When he arrived in London he had beaten every other competitor that year, except Wint, and according to Herb, "That was because I had not run against him".

While Herb had been dominating the US circuit, Arthur Wint and Les Laing had both joined the RAF and were equally dominant in Britain. George Rhoden had shown his class in his race against McKenley and Wint at the 1946 CAC Games. Vinton Beckett had cleared 5'3.75" in the high jump to rank third in the world, and her teammate, Carmen Phipps, was ranked at fifth. Basil 'Wiley Mac' McKenzie, who won the 440 yards for J.C. at Champs in 1945, and Sydney Foster, the holder of the 120-yard hurdles record at Champs, were eager to parade their talent on the international stage.

Although Jamaica was possibly one of the smallest of the 59 countries participating in the 1948 Summer Olympic Games held in London, there was no doubt about the quality of the team selected to represent Jamaica. Coaches G.C. Foster and Frank Laing had prepared their charges well, and with Arthur Wint as captain there could hardly have been a finer group of athletes to carry the hopes and aspirations of the Jamaican people.

In 1946, Jamaica sent a powerful team to Barranquilla to compete in the 5th Central American and Caribbean Games. Among the Olympic hopefuls, Wint took the 800m and then teamed with McKenley and Rhoden to give Jamaica a clean sweep of the medals in the 400m.