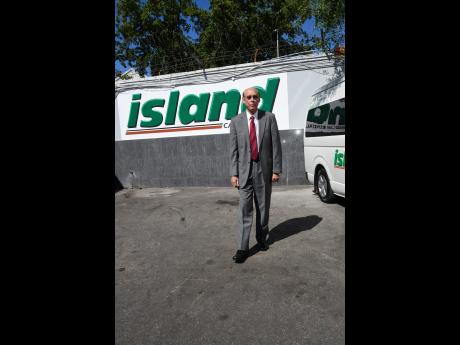 Island Car Rentals Limited has secured a $2.2-billion arsenal from a bond issue that will be pumped into expansion of the company's Montego Bay operations, and used to replace existing bank debt.

Chairman and Managing Director Michael Campbell says the seven per cent bond, due to mature in seven years, will refinance debt that was costing the company 10 per cent to service, on average. But he also suggested that the three percentage point savings from the $1.66 billion of refinanced borrowings was a secondary benefit for the 45-year-old company, which welcomed the reprieve from its bankers.

"It's not so much a matter of savings in finance charges, but we wanted a bit more flexibility and control that we were not finding at the banks," he said.

Around a fifth of the proceeds, $481 million, will pay for the MoBay expansion.

"We expected a lot better in terms of the ratings, but it's still investment grade and we will work with that," he said.

There is now more of an effort in the local securities market to seek the imprimatur of CariCRIS on corporate debt issues so that potential investors may feel more comfortable about taking a bet on private businesses whose finances and inner workings are largely out of public view.

"We want to work with CariCRIS in having bond issues rated. We believe that it is the way to go so that investors can be better informed as they make decisions," said Gregory Samuels, executive director & head of corporate advisory at Sygnus Capital, the firm that arranged the ICR bond. Sygnus itself is a nascent investment firm aiming to carve market share for itself as a dealmaker.

The near half-billion dollars that Island Car will invest in Montego Bay will more than double the capacity of the existing operation. Campbell plans to relocate the existing complex from the Sangster International Airport to Ironshore, but will maintain a satellite operation - a client services office - at the airport site.

The new complex will span 50,000 square feet on a near 1.5-acre site at Ironshore that is designed to service up to 100 vehicles per month using 10 wash bays, two painting rooms and an expanded parts warehouse, Campbell said. The current complex spans 35,000 square feet and has a throughput of around 40 cars, CariCRIS said.

Island Car Rentals already claims control of 35-40 per cent of the auto rental market, and Campbell is projecting that with the expansion, the company would maintain its double-digit growth momentum.

The company operates a fleet of 1,600 vehicles from three locations: the New Kingston head office and main complex; Norman Manley International Airport in Kingston; and Sangster International in Montego Bay, whose operator is in the process of executing a project of their own to extend the airport's runway.

"We've been growing at a rate of 10-15 per cent per annum over the past 15 years, but the real problem with our Montego Bay operation is that with the runway expansion, we will just have to establish another maintenance facility," Campbell said.

CariCRIS said in a release on the bond rating that its expectation is that Island Car, which it described as Jamaica's largest ground transportation company, "will realise continued revenue and profitability growth over the next 12 to 15 months, and comfortably meet its debt service obligations over the period".

But while acknowledging the company's growth prospects, the Barbados-based agency said its rating was tempered by Island Car's ageing management team and implied the need for a refreshment of the board of directors to include qualified, independent members.

However, Campbell who owns 70 per cent of the company - the other 30 per cent is held by his business partner Derrick DeMercado - pushed back on the assessment of its governance, saying Island Car had the necessary succession plans in place, under a system where all senior managers of the company had understudies.

He also defended the company's leadership as one with a demonstrated track record, asserting that Island Car has maintained its market-leader status over the years by providing the right options to clients that best suit Jamaica's road network.