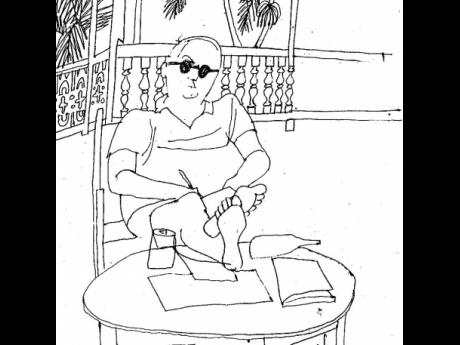 The Rev Patrick Campbell, a Presbyterian minister, served his congregation at Kilmichael Glassaray in Argyllshire, western Scotland, and it was here, on March 13, 1673, he baptised his son, John. The couple had four daughters and three more sons. They are to be significant to the story of John Campbell, as several of their offspring eventually emigrated to Jamaica.
As a young man, John Campbell must have realised that his opportunities were limited in the sparse Highland countryside. He enlisted in the Earl of Argyll’s regiment and was in command of a company that took part in the Glencoe Massacre of the MacDonald clan in 1692. Later, his regiment fought against the French in the Netherlands until the war ended in 1697.
Two years later, he answered a call for volunteers to start a colony planned for Darien in the remote southern extremity of Spain’s possession of Panama. The conceptualiser of the venture, William Paterson, visualised Caledonia, as it was to be known, as a great trading centre. Vessels sailing to the Caribbean not only had goods to be traded but also tools for the artisans and implements for preparing the land for settlement, as well as weapons and ammunition for the purpose of defence. By devising a route across the Isthmus of Panama, Paterson foresaw the opening of trade with the Orient.
Five vessels with 1,200 men, women and children left Scotland in mid-July 1698 on a tortuous voyage which took nearly four months. It was November by the time the fleet of five vessels entered the bay that was surrounding the jungle enclave they were to call Caledonia.
Despite the violent rainstorms that accompanied the extended rainy season at their destination and the constant presence of disease – dysentery, yellow fever and malaria – which was to shorten lives rapidly, the soldier volunteers set to constructing Fort St Andrew on a promontory overlooking the entrance to the bay.
The Spanish in the Caribbean had known that the Scots had arrived in Darien. Plans to expel them were hatched in Cartagena but the fleet intended to protect Spain’s interest was in a weakened condition badly needing maintenance. Not knowing the military strength of the Scots in Caledonia, the decision was taken to despatch a force down the Pacific Coast from Panama and cross the continental divide in order to attack the Scots over land.
The Indians alerted the Scots to the approach of the Spanish, and those Scots soldiers able to fight surprised the exhausted Spanish force, which withdrew, as one of their officers argued, to fight another day rather than risk probable disaster.
But it was only in a matter of months that a French ship arrived in Caledonia with the news that the new governor of Cartagena was planning a major assault on the colony. The Scots, who had probably buried a third of all those who had originally sailed from their homeland, lost hope. The provisions and replacements they needed had failed to arrive, the fort was unfinished, and disease was rampant. The announcement by Governor William Beeston in Jamaica in April 1699 that King William had forbidden his North American and Caribbean colonies to give any assistance to the Scots – England was at peace with Spain for once – was the last straw.
In the knowledge that the Spanish appeared determined to expel them, and with their resistance and their numbers, because of disease, dwindling day by day, the colonists virtually unanimously agreed to abandon Caledonia, leaving behind little more than 400 graves.
On board the only ship of the original five to survive the return to Scotland was William Paterson. With him was John Campbell. In an account of events to the Director dated December 9, 1699, Paterson wrote: “…Tuesday, the 21st of November, in company with Captain John Campbell, I parted in a boat for the mainland (from Isla) … and arrived in Edinburgh, Tuesday, December the fifth.”
By the time a second expedition for Caledonia had sailed in August 1699, arriving in Darien in November to restock the colony with urgently needed supplies, all that remained of Caledonia was the ruins of the fort, burnt out huts, rusting cooking vessels, scattered cannonballs and graves. The thriving entrepôt they expected to find simply did not exist. John Campbell could not have sailed with the second expedition, as he had returned in Scotland three months earlier. However, it is likely he came back to the Caribbean on a vessel shortly after.
The five months the second expedition was to spend in the Caribbean were marked by the relentless scourge of sickness, a pathetic attempt to mutiny and constant bickering amongst the men appointed to provide leadership.
A single episode was to evoke pride in the Scots. When Colonel Alexander Campbell of Fonab arrived to take charge of the defence of the colony, he set out on a pre-emptive strike against a gathering Spanish force. With John Campbell in its ranks, the Scots and their Indian allies took the Spanish by surprise, securing victory.
This defeat reinforced Spain’s determination to drive the Scots out of Darien. A naval fleet and soldiers from military garrisons from nearby colonial possessions met little resistance from the weakened and dispirited colonists. On March 31, 1701, the settlement capitulated and was given two weeks to collect its possessions and withdrew with military honours.
Colonel Campbell of Fonab was carried on board on a litter and instructed the captain of the Ann of Caledonia to sail for Scotland, a command that probably saved his life. The Rising Sun, Duke of Hamilton and Hope set out for Jamaica, of which the first two arrived in Bluefields Bay, Jamaica. Amongst the survivors was John Campbell of Auchenbreck. (To be continued).
- Anthony Gambrill is a playwright. Email feedback to columns@gleanerjm.com.