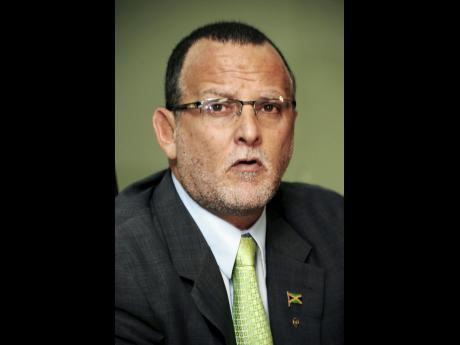 Fresh fury yesterday opened festering wounds in the Jamaica Labour Party (JLP) as members wrangled over the decision by party leader Andrew Holness to engage former party member Abe Dabdoub on his legal team to fight his appeal against a Constitutional Court ruling.

Opposition member Gregory Mair opened the floodgate of criticisms of the already beleaguered JLP leader through email exchanges, for including Dabdoub, who in 2007, took the fight to the JLP over its use of persons with dual-citizenship status to run on the party ticket.

A fresh bout of fury infected members as the email containing biting commentaries were fired at JLP members even as Robert Nesta Morgan, media manager for the leader of the Opposition, argued that Dabdoub was merely engaged by the legal team dealing with the matter to give his opinion on the constitutional issue.

Holness filed an appeal against a constitutional ruling handed down by the Constitutional Court that he was wrong in using predated, unsigned letters to boot senators Arthur Williams and Dr Christopher Tufton in 2013 after securing victory in the JLP leadership election.

"He (Dabdoub) is not representing Mr Holness, nor is he being brought back into the JLP. Additionally, this is not the same situation as Mr (James) Robertson who has hired K.D. Knight, a member of the People's National Party, to represent him in court," said Morgan.

Simmering rage was unleashed when a YouTube video of Dabdoub, dated October 2011 with the title: "PNP says Holness unfit to Lead Jamaica" was circulated to scores of prominent party members. Dabdoub was critical of Holness in the video.

In his response, Mair, with an email titled: "It hurts till it burns!" signalled that he was not amused.

Stated Mair: "This is the same man who took Daryl (Vaz), (Michael) Stern, Shahine (Robinson) and myself to court after the 2007 elections, with the expectation that the seats would be handed over to the defeated candidates and consequently send the then (Bruce) Golding administration into a spin!"

Added Mair: "This is the same man that cost us (not the party) millions of dollars in court fees and by-election expenses and now, this is the same man who our leader has asked for legal advice as leader of the Opposition ... embarrassing to say the least ... (and) really depressing, our state of affairs!"

In his response, Warmington wrote: "This is why I said we ... . I am certainly not proud of the pain we caused the party by our action. Maybe you are."

But Mair, possibly referencing Warmington's own need to resign before being reelected to Parliament due to his dual citizenship status in 2011, countered: "You forget that you were in the same position."

But Warmington jumped to Dabdoub's defence, stating: "Rubbish, you should not have broken the law and breached the Constitution of Jamaica. Dabdoub only showed our shortcomings."

Added Warmington: "He (Dabdoub) did nothing wrong, we did ... . The leader is taking advice from those who are willing to give genuine advice and advice solidly grounded in law."

Warmington said: "Dabdoub is a far more competent attorney than most of you who are complaining."

Describing himself as a proud Labourite, Warmington stated: "I am a member and working for this party for 36 years and the leader has not failed the Jamaica Labour Party nor let me down. I am in total support of his action, so too are the thousands of supporters from South West St Catherine. You guys should be ashamed (of) having broken the law, breached the Constitution and still proud of such action."