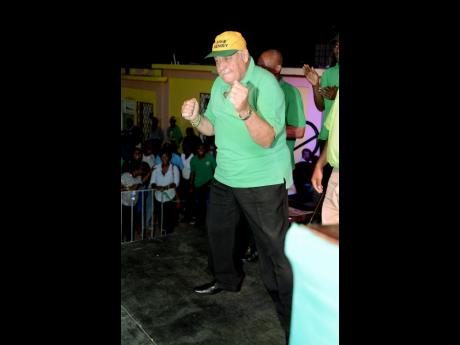 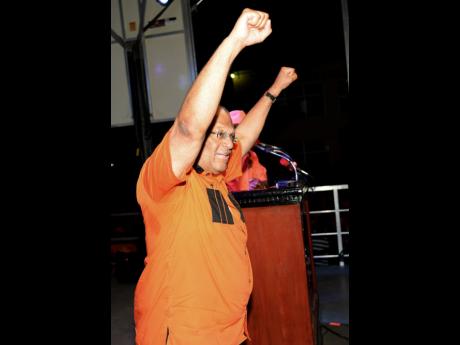 The two major political parties have seemingly identified the four seats in St Elizabeth as key ones they will have to win if they want to form the government after the next general election, and already are pulling out all the stops in the southwestern parish.

Mike Henry, the member of parliament for Central Clarendon and chairman of the Jamaica Labour Party's (JLP) general election campaign team, says the party is targeting a minimum of 35 seats, and winning back the two St Elizabeth seats it lost in 2011 is critical to the party's chances.

The JLP currently has 21 seats in the House of Representatives and would need to pick up another 14 seats in order to hit the target.

"We know the seats we have to target to win, and the seats in St Elizabeth are important to us. They were our seats before the last election and we are seeking to reclaim them, not for the power of winning but to save the country and the development that we need for the country," said Henry.

The JLP lost South West St Elizabeth and South East St Elizabeth in the last general election, having picked them up for the first time in 18 years in 2007.

"St Elizabeth is always an important parish in the scheme of who becomes government. There are a number of seats there, one or two, which we lost and which we have to reclaim," Henry told The Sunday Gleaner.

Last Thursday, JLP leader Andrew Holness led a group of high-profile party members to Southfield, the strongest JLP division in South East St Elizabeth, and pulled out thousands of supporters in a show of strength.

With Holness having made a few recent visits to the parish, the PNP has also shifted its campaign activities to the Breadbasket Parish.

Today, PNP president, Prime Minister Portia Simpson Miller, and the man tasked to mastermind the PNP's campaign, Dr Peter Phillips, will lead their team into Black River, the heart of South West St Elizabeth, which is considered to be the most vulnerable seat now held by the party.

However, Mikael Phillips, the chairman of the PNP's organisation in the region, said it should not be interpreted that the governing party is in trouble in the parish.

The PNP holds three of the four seats in St Elizabeth, reversing the numbers of 2007 when the JLP won the parish 3-1.

In 2011, the PNP's Hugh Buchanan beat the JLP's Dr Christopher Tufton in South West St Elizabeth by 13 votes. Buchanan will be taking on Floyd Green of the JLP.

With the exception of 1959 when it was created, the person elected MP for South West St Elizabeth has also been a member of the party that wins the general election.

South East St Elizabeth has consistently voted for the winning party since 1989, which included Witter's victory in 2007 which helped the JLP take power 32-28 in the then 60-seat House of Representatives.

Phillips, the chairman of the PNP's Region 5 which covers the parishes of Manchester and St Elizabeth, said the party is confident about retaining all three St Elizabeth seat and stands a good chance of having Daren Powell unseat J.C Hutchinson in the North West of the parish.

Despite Buchanan having the slender margin of 13 votes this was greater than the six-vote margin secured by the JLP's Charles Wright in 1959 Phillips insisted that the PNP is leading in the constituency, based on canvass numbers.

"We have some challenges in that seat coming from the selection exercise and before," Phillips said of South West St Elizabeth, which he claimed is a PNP seat.

Buchanan barely survived an internal challenge two months ago, and Phillips said that has left the constituency unsettled.

He said, however, that the PNP expects to win the seat and, "if we were to lose it, it would be the first time a party forms the government without that seat".