PNP president calls for unity, admits there are issues to be resolved 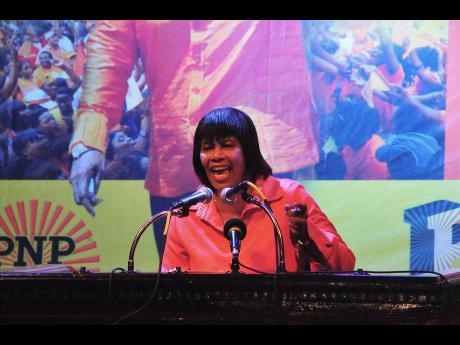 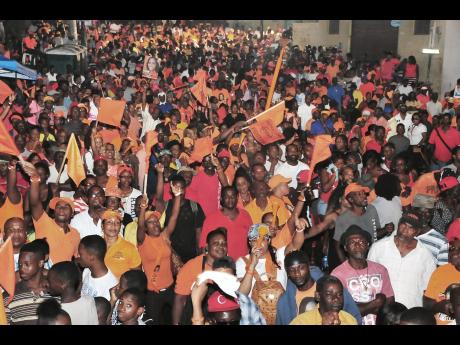 PNP supporters out in their numbers in Mount Salem, St James, last Thursday. 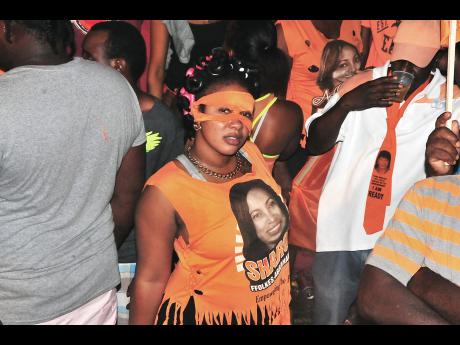 This PNP supporter turned out in fine style.
1
2
3

People's National Party (PNP) President Portia Simpson Miller has admitted that there are issues to be resolved in her party, but she has not given any details of these issues.

Hours after one of the party's vice-presidents, Dr Angela Brown Burke, and Damion Crawford, the member of parliament (MP) for East Rural St Andrew, engaged in a public testy exchange on social media, Simpson Miller told Comrades in Mount Salem, St James, that all is not well.

"There are issues still to be resolved ... . I must tell you: Time is of the essence. The hour is at hand," Simpson Miller, who is also the prime minister, said last Thursday.

The PNP has faced several issues in its candidate-selection process for the next general election, with the latest contention playing out in North Trelawny, where Comrades are in open rebellion over the decision of the leadership to approve John-Paul White as its candidate to replace outgoing MP Patrick Atkinson.

"Respect is the foundation on which the People's National Party was built," said Simpson Miller, in emphasising her call for party unity.

"We must treat each other with love and respect ... . Comrades, calm yourself. Walk with the people, move together and work together as one united People's National Party."

Despite the internal problems, Simpson Miller told Comrades that she remains confident that the party will retain state power.

According to Simpson Miller, she is eyeing a clean sweep of the five parliamentary seats in St James, which she said have a long history of supporting the PNP.

"The people of St James have always supported the PNP," said Simpson Miller, noting that the PNP has been very good to St James in terms of the building of houses, schools and an enviable tourism product. "Whenever the general election is called, we want a clean sweep."

Giving an insight into the party's plans for the parish, Simpson Miller said there would be the building of new houses, as a private developer has given a commitment to build 1,000 houses in Montego Bay, starting next year.

She said plans are also in place for new investment in tourism and the business process outsourcing sector, as well as the construction of another highway.

"We gave you the North Coast Highway and the Howard Cooke Highway, the next step is to create a bypass to take away the congestion from the city [of Montego Bay]," declared Simpson Miller.

The PNP president urged the party's candidates in the parish to go out and do their canvassing as well to engage those who were recently added to the voters' list.

"The new voters' list is out ... . We know the 72 per cent of the new voters are youths under the age of 40 ... . We must seek them out and let them know that we are the party for the youths of this country," said Simpson Miller.