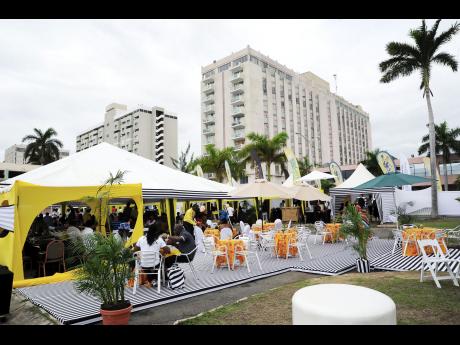 File
The waterfront in downtown Kingston transformed for a staging of a popular brunch. 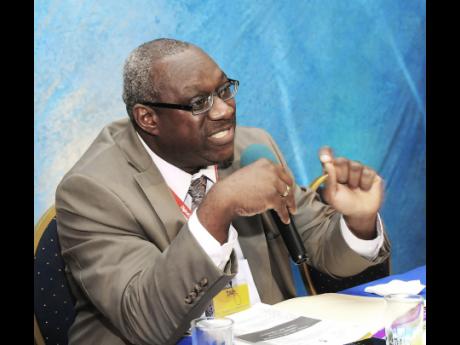 More than 30 dons have informed stakeholders in the redevelopment of downtown Kingston that they want a piece of the action to restore the capital city and have expressed willingness to participate and make it happen, piquing the interest of administrators.

Lead adviser for the redevelopment project, Dr Gladstone Hutchinson, has said that public-private partnerships, which may include forming legal relationships with dons from communities in and around the downtown Kingston area, particularly within the Coronation Market region, are a part of the vision of stakeholders.

Speaking at a Jamaica Chamber of Commerce forum, held last Thursday at Knutsford Court Hotel in St Andrew, titled 'Transforming Downtown Kingston', Hutchinson stressed that the central market area must serve as the fulcrum from which the revitalisation of downtown will take place.

"I was here two or three months ago in this same hotel, because 35 area leaders or dons requested a meeting to talk about how they, with their enlightened self-interest, can participate in this project. They are willing to be a part of it. They said, 'We want to talk to you about how we believe we can come on board and participate, because nothing naa run'."

"So I said to them, 'You are telling me that you want to get a second shift in downtown', and they said, 'Yes', that would be good, because keeping downtown open until 10, 11 or 12 o'clock, is in everybody's interest. Everyone has started now to see their enlightened self-interest and their interdependence and the interlocking of their private benefits ... then we begin a conversation about how we are going to do this," Hutchinson said.

However, retired executive director of the Kingston Restoration Company, Morin Seymour, said that transformation of community leaders or dons must take place before they can be brought to table.

"Yes, you can be included, but you have to be transformed. Some of those people are good

leaders, and as a matter of a fact, that is probably the reason them (they are) so bad. People must be prepared to adjust to normal ways of behaving and living. If somebody comes along and say I want to be included, then you set the standards. Once they are prepared to go through the training and so on, we can include them. Boston (USA) insisted on the transformation of its (gangsters)," Seymour told The Gleaner yesterday.

'We're not hugging up dons'

Glenford Christian, board member at the Urban Development Corporation (UDC), the entity leading the redevelopment project, said that the plan afoot, was not to embrace the criminal underworld.

"We don't want anybody out there to say that we are hugging up dons. We naa hug up nuh don! We are all businessmen who understand business and leadership. We have seen all those depressed assets of downtown like the market. We are going to run it like private companies. What we are doing is taking those depressed assets, like the market, and take it to the bond market, where every John Public can buy shares in the company. It is not businessmen who come together and then the dons come in and straighten up, nothing like that!"

"What we say, for example, is that a company that would be managed would lease the market from KSAMC (Kingston and St Andrew Municipal Corporation). You would then have KSAMC as a shareholder. You probably would have UDC, because they have an interest in the area, and then everybody else, but it would have to be managed."

Meanwhile, Hutchinson said that squatter settlements continued to pose risks to the business community, preventing prospective business people from desiring to operate in the area.

"We actually have nine squatter colonies. ... If we are going to imagine rebuilding the market district, creating all these experiences, but in the middle of it we have squatter communities that we don't have the ability to control, then you as a business person will not put your money in there because you cannot price uncertainty. We are making the case that the central market district must drive the development."

"If Coronation Market insists on being just a place for buying and selling, in the new environment of road logistics and connection to ports, I am predicting that within 10 years, it will lose 70 per cent of business. There is no reason trucks should negotiate hard turns to come into (mess) to sell. Coronation Market comes back only if it becomes an experience, a place to experience something wonderful and joyful," he said.

Abuse of the homeless rears ugly head
Problems in St William Grant Park - Hospital data shows several serious crimes not reported to the police
Supreme squatters - Building overlooking court’s parking lot in downtown Kingston captured
Extortionists or helpers? - Motorists fume over being charged to park on the streets of Kingston but the men who charge say they are offering a service
Containers confusion - Four years and no decision on 54 shops designed for haberdashery vendors in downtown Kingston