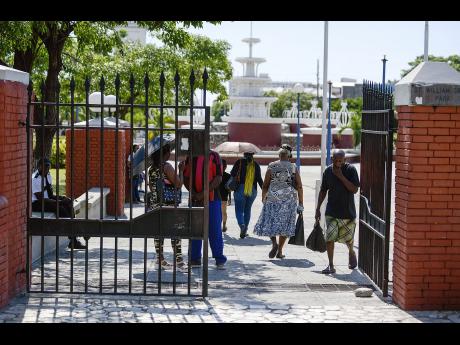 Gladstone Taylor
Members of the public inside the St William Grant Park in downtown Kingston. 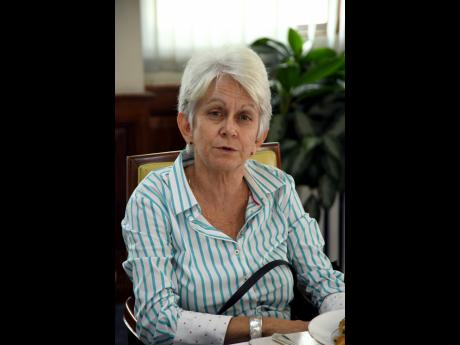 The green oasis in the heart of downtown Kingston, St William Grant Park, is emerging as one of the main crime hotspots in the area but much of the incidents are occurring below the police radar as they are not being reported to the cops.

Using the Cardiff Violence Prevention Model, which identifies crime hotspots through information collected at hospitals from victims of violent crimes, head of the Violence Prevention Alliance, Dr Elizabeth Ward, has confirmed that several unreported incidents have happened in or around the park.

According to the findings, nine persons turned up at the Kingston Public Hospital (KPH) for treatment of stab wounds and other injuries sustained in the vicinity of the St William Grant Park in less than one month.

All of the nine victims, including two females, were reportedly involved in fights. Four of the victims received blunt-force injuries, while three were stabbed during altercations.

But only one of the nine incidents was reported to the police, and Ward is convinced that the cops could do a better job of detecting and preventing crime in downtown Kingston if they adopt the Cardiff Violence Prevention Model, which is employed in many other crime-prone communities overseas.

"A great deal of violence occur which are not reported to the police. When we match the data from the police and the hospital's emergency department, you find out there is a big mismatch," Ward told The Sunday Gleaner.

"For gunshot wounds, that (reporting) happens on a mandatory basis. But we are not talking just about gunshots. We are talking all different types of violence.

A LOT OF FIGHTS

She warned that, "A lot of the stabbings and lacerations are often predecessors of much more important incidents. So a fight will escalate and afterwards they then bring in the bigger guys, and sometimes the bigger guns."

Ward noted that while injured persons will seek medical attention, they are quicker to plan reprisals than to contact the police.

But head of the Kingston Central Police Division, Superintendent Robert Gordon, said the findings from the study as reported by Ward could be on track based on the nature of altercations reported from inside the park.

"St William Grant Park is a melting pot of people from all over the island. People from as far as Westmoreland, Portland come there, and many times they choose that area to settle their differences," Gordon told The Sunday Gleaner.

He said the incidents in the park are usually the "transference of conflict" from one police division to another.

"If the research could give a better understanding of the addresses of these persons, that may help our investigations," added Gordon, as he admitted that several incidents in and around the park are usually not reported to the cops, despite the proximity of two police stations.

Gordon said there are regular bicycle and foot patrols through the park and its environs, and when the visitors to the facility increase during the weekends and on holidays such as Christmas, additional support is summoned from other police outfits.

Last week, regulars inside the park claimed that most of the violent clashes in the facility involved either students or persons in a group of men believed to be homosexuals who usually congregate in the area.

"We not seeing so much stabbings like back in the day, but I can tell you that a lot of the schoolchildren, mostly them, fight in the park," said one man who claimed that he has been working in the park for more than 20 years.

"You have some gays that gather under the tree near that bathroom there. They are always arguing and fighting with each other, but you know that's their thing," offered another park regular as she pointed to the alleged homosexuals.

Abuse of the homeless rears ugly head
Supreme squatters - Building overlooking court’s parking lot in downtown Kingston captured
Extortionists or helpers? - Motorists fume over being charged to park on the streets of Kingston but the men who charge say they are offering a service
Dons want in - Downtown Kingston area leaders call meeting to discuss role in redevelopment
Containers confusion - Four years and no decision on 54 shops designed for haberdashery vendors in downtown Kingston