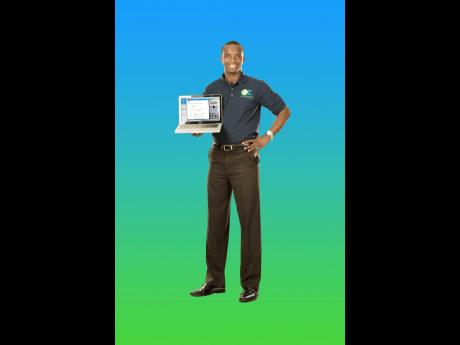 From four students under a tree to more than 300 students today, One-on-One Educational Services is now one of the most acclaimed local institutions offering primary and secondary students a wide range of personalised tutoring services.

Managing Director Ricardo Allen has turned his love of academics and passion for helping others into an innovative business. Under his leadership One-on-One has maintained a high standard of academic excellence, boasting a 97 to 100 per cent pass rate.

At Jamaica College's sixth form, he achieved five distinctions and three credits, in two years, and received the award for Most Outstanding Caribbean Advanced Proficiency Examination (CAPE) Achiever, 2007 and 2008, consecutively.

Seeing this as his second chance, Allen found new determination to prove just how much he appreciated it. With a plethora of achievements and accolades, he received a scholarship to the University of the West Indies (UWI) where he read for a bachelor's degree in actuarial science. He also earned a UWI Departmental Actuarial Science Award and was a 2010 Rhodes Scholarship finalist.

Realising his mathematical prowess, Allen decided to offset his expenses by tutoring in the subject to four Jamaica College students, who all passed with grade ones.

"I started tutoring to get extra money to finance my family. I was taking care of my siblings and my mother, and I took them from the country after getting my first scholarship to go to university," Allen said.

After graduating from UWI with upper-second class honours, he worked at Sagicor Jamaica, but never gave up mentoring and tutoring. Mentor R. Danny Williams, chairman of Sagicor, also encouraged him to continue pursuing this option as a business venture.

Seeing that One-on-One could have an enormous impact on the lives of many Caribbean students, Allen decided, in 2014, to forfeit his Fulbright scholarship, resign as a structured product analyst at Sagicor and focus on growing his company.

"We started with Mathematics only, for two years. Persons were asking for more so it evolved into a full-fledged business and we have been putting out some really good students over the years," Allen said.

In 2013, the company received $5 million from its five shareholders, which it used to leverage the brand successfully as it went online. Shareholders provided another $12 million that was used to meet the growing needs of the educational system in Jamaica and across the Caribbean.

Earlier this year One-on-One also pioneered the award winning MyLocker e-Learning platform, offering lessons to assist students in their preparation for CSEC and CAPE examinations. The learning platform won the award for Best Innovation in Education at the National Innovation Awards last year.

Allen has also capitalised on students' success, using traditional programmes, by moving from the classroom to the World Wide Web. That was made possible with a $25 million dollar loan from the Development Bank of Jamaica (DBJ).

"We have decided to leverage what we have been doing in the classroom, to go online, to ensure that all Jamaicans can get 100 per cent in the courses we have developed so far," Allen said.

The MyLocker online educational course platform for students: getmylocker.com, comprises chemistry, physics, mathematics, and English A at the CSEC level, each costing $5,000. The eLearning solutions for companies and schools will be launched in the future.