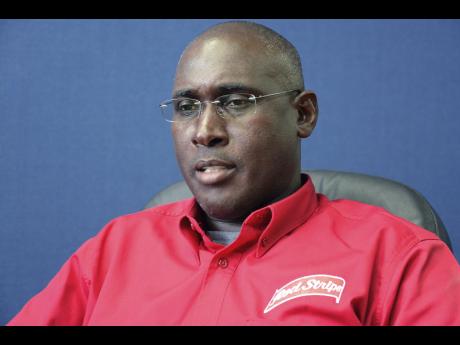 General Manager of Red Stripe Cedric Blair has been appointed to the role of general manager, Caribbean and Central America within Western Latin America and the Caribbean (WestLAC), effective November 19, 2015.

The announcement comes after the local brewing giant was sold to Heineken International for nearly US$421 million.

Blair will assume responsibility for more than 35 countries and the associated distributor relationships including the newly transitioned relationship with Heineken/D&G in Jamaica.

He will relocate to Miami, Florida with his family.

Blair has been with Diageo Jamaica since 1995 as a project manager and performed in various supply and general management roles. In 2005 he was seconded to Diageo North America where he spent 18 months in Diageo Relay, Maryland as a change manager and close to four years in Menlo Park, California as director of operations.

Blair returned to Jamaica in August 2009 as operations manager and quickly rose through the ranks to the post of managing director, a position he held for the last three years.

There was no word on his replacement at Red Stripe.

The new owners, Heineken, said this "will be the subject of a future announcement".