Save the boys, save Hanover - Former cop wants early intervention for male students 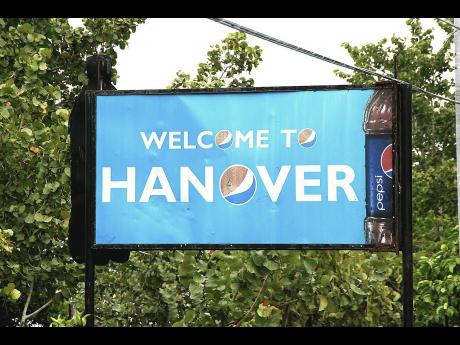 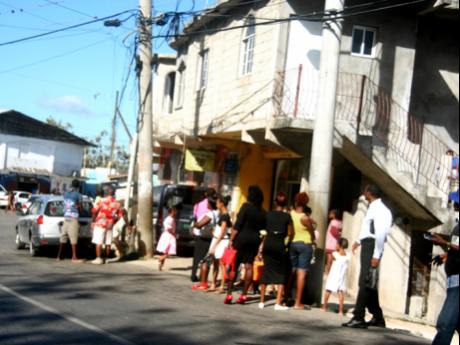 Brian Miller
Residents of Dias in Hanover gather in the square after a triple murder in the community recently.
1
2
3

A former Hanover-based community development officer is calling for a uniformed intervention targeting boys in schools, as the first step to deal with the high crime rate and the mushrooming of gangs in the once peaceful parish.

Archibald Edwards, who served for approximately two decades with the Social Development Commission (SDC) in Hanover, says he is concerned for the parish which, during his years there, held the distinction of being Jamaica's safest.

According to Edwards, if parents do not emphasise the importance of education from early, then nefarious activities like scamming and gangsterism will continue to be big pull factors for boys who leave school unqualified.

"We have to start with the young men. Start changing the mindset to let them see the value of education from early, or it will continue to be a perennial problem. You have to have a mindset change because you can have a plethora of programmes and the mindset does not change. The mind is everything.

"You could spend less and tackle the problem at the root. You have to have some serious intervention and the people have to partner with government," Edwards said.

"When young men start to handle big money, it is hard for you to change that mindset to say 'forget about the big money, go to school'. When they reach that point and start handling money, education is of no value, you know.

"They will ask why are you telling them about education when they are already handling so much money," added Edwards.

He said at the home and community level, much emphasis is not being placed on inspiring boys to stay in school and do well, and so many fall by the wayside, in stark contrast to their female counterparts.

"It goes right back to the home; where there is a lack of values, then the mindset is negative. There is lack of attention to see that they get a good education and matriculate to university and college. Because of that they become vulnerable and at risk.

"We have to try to avoid that, because when they drop out of school, they are not qualified to move on or have any skills to get any employment, so they become vulnerable and are easily recruited to gangs," he said.

Edwards, who also served as a member of the Jamaica Constabulary Force, added: "Young people have to be targeted with structured programmes. You have to focus on the boys, starting especially from the primary level. Don't wait until they are 17 you try to bend the tree there, because you are going to have problems; many will fall through the cracks.

"They become loose cannons, and that is why the crime keeps going, because you have the supply; a boy drops out of school and joins the gang. So the girls are at university and college and the males are in penal institutions."

Recently, the Hanover Police Division reported that there are three main gangs operating in the parish, which is among the three parishes with the highest murder rate in Jamaica.

There are also a high number of at-risk/unattached male youth in Hanover.

A report published by the Planning and Project Development Division of HEART Trust-NTA in 2009 noted that Hanover led Kingston and St Andrew and St James with the highest number of unemployed males in the island.

The parish also had the highest number of unattached males outside the labour force, at 89 per cent.

Edwards said he has initiated an early-intervention programme targeting boys from several primary schools in his native St Elizabeth.

That programme, which is dubbed 'The School Boys Anti-crime Ambassadors Programme Through Mindset Change', is an initiative which Edwards wants to also implement in Hanover.

Under the programme, boys are trained over a three-week period after which they are installed as 'anti-crime ambassadors' and charged with the responsibility of being good role models on and off the school compound.

"Subject areas include those relating to high self-esteem, motivation, high self-confidence, more focused on getting a good education, the discipline of hard work and respect to authority. They are required also to motivate their peers to become positive students and work hard at getting a good education. The wearing of the ambassador's pin has been proven to be a major tool that enhances self-esteem," said Edwards.

"We must invest more in our young men. They were not born with the word 'crime' on their foreheads, so we must give them every opportunity to avoid antisocial behaviour and criminal activity. Jamaica's crime problem is not a 'government alone issue'. We must commit ourselves to create the transformation for growth and development we all need," added Edwards.