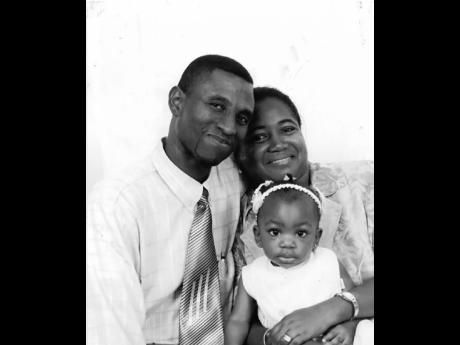 Contributed
A treasured photo for Peter Brown (left) with his late wife Jacqueline and their daughter Jaelan. 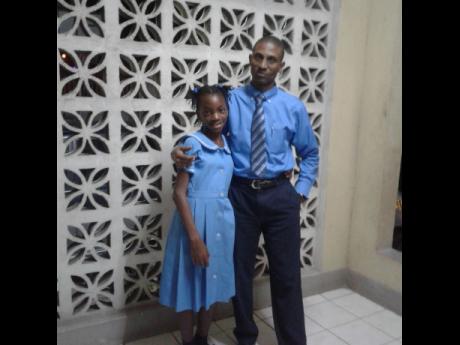 It's a day that many persons wish they never have to face - getting the news that a loved one has died. Yet, it is a sad reality that we will encounter at some point in our lives.

For Peter Brown, claims processor at Sagicor Life Jamaica, that day came on Wednesday, August 13, 2014, when nurses at the University Hospital of the West Indies (UHWI) broke the devastating news that his wife of 12 years, Jacqueline, had died, following a surgical procedure.

As Brown, 48 years old, recounted the series of events leading to his wife's death, the sadness was evident in his eyes. He explained that his wife had challenges with fibroids and was admitted to the Spanish Town Hospital the previous Thursday, where she had the operation to remove the fibroids.

After a few days at that hospital, her conditioned worsened following the surgery, and she had to be rushed to the UHWI that fateful Wednesday evening. Unfortunately, efforts to save her life were unsuccessful.

With the sudden passing of his wife, Brown was faced with the challenge of being a single father to their only child, Jaelan, who was seven years old when her mother passed.

"She (Jaelan) cries all the time. I still cry, too, and I let her know it is okay to cry. I do my best to comfort her, I hug her and let her know her mother is in a safer place," said Brown.

Despite the emotional journey and the stumbling blocks faced, even since the start of the year with the theft of his motor vehicle, Brown has accepted and embraced his current reality, doing everything in his power to provide the best for his daughter, who he wants to see excel in her schoolwork.

Natalia Spence, claims supervisor at Sagicor, describes Brown as a great foundation for his daughter even before the passing of his wife.

"He is actively involved in her life and always wants the best for her, especially in her educational pursuits," said Spence.

That was evident as Brown spoke of the challenges of juggling housework (cooking, cleaning, ironing, etc) and his other daddy duties. He managed a smile when he mentioned his hair-combing skills, or lack thereof.

"It hasn't been easy the past three years, and I haven't fully come to terms with the death of my wife, but I have to be strong for my daughter, plus the support, encouragement and kind words from my church family and Sagicor team members have been comforting during the difficult times," said Brown.

He said when things get really overwhelming he prays and comforts himself with Philippians 4:13, "I can do all things through Christ who gives me strength."