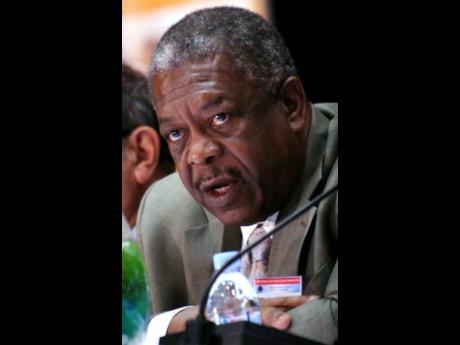 The Trinidad-based Caribbean Court of Justice (CCJ) yesterday said that it was seeking a replacement for its president, Sir Dennis Byron, who is set to leave office next year after heading the court for the past seven years.

In a statement, the CCJ, which was established in 2001 to replace the London-based Privy Council as the region's final court, said that the tenure of president is for a non-renewable term of seven years. The CCJ also acts as an international tribunal interpre-ting the Revised Treaty of Chaguaramas that governs the 15-member regional integra-tion movement.

"The process of seeking his replacement has already commenced with the post being advertised extensively. Communication has also been sent directly to regional and international stakeholders giving them notice of the start of this process. Applications for the post of the next CCJ president are due on the 18th of September 2017 and full details, including guidelines, are available on the CCJ's website at www.ccj.org."

Sir Dennis, who replaced Trinidadian jurist Michael De la Bastide in 2011, said, "It has been an honour to serve the region as the president of the CCJ. I am particularly proud of what has been accomplished by the judges and the rest of the court's team during my tenure.

"It is now time for me to take on other challenges but I will look back at the six years I have spent at the court with pride and with a great deal of fondness," said Sir Dennis, who has been a jurist for more than 50 years and was first appointed as a judge in 1982.

Sir Dennis was appointed by Caribbean Community (CARICOM) leaders on the recommendation of the Regional Judicial and Legal Services Commission (RJLSC).

"The RJLSC is similarly responsible for the recruitment of the next president. Applications are invited from those persons who have been a judge for more than five years or have practised, or taught, law for at least 15 years.

"Among the criteria that will be assessed by the RJLSC include: high moral character, intellectual and analytical ability, sound judgement, integrity and understanding of people and society," the CCJ added.