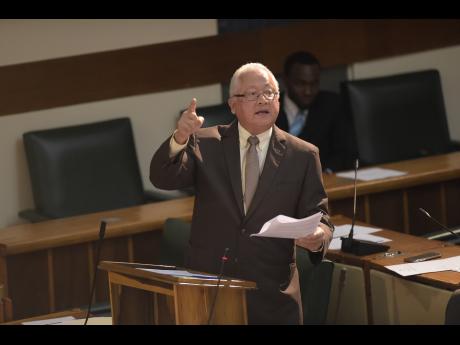 Technologically advanced video-link and digital audio-recording equipment - valued at $232 million - will be handed over to the Supreme Court this morning.

The equipment will be installed in 71 courtrooms and seven hearing rooms across the island.

According to the Ministry of Justice, installation of the technology is almost completed at the Supreme Court in downtown Kingston.

"This development marks a significant milestone in ongoing efforts to modernise the justice sector and is part of the reform agenda, which prioritises efficiency in the disposal of cases, as well as the encouragement of witnesses to come forward for effective prosecutions," said the justice ministry in a release yesterday.

"Through the use of the equipment, witnesses will be able to give evidence from remote locations, a measure that will protect their identity. Evidence will also be recorded, thereby reducing the time it takes judges to note important information, all of which will redound to the speedy resolution of cases," added the justice ministry.

Funded under the Justice, Security, Accountability and Transparency Programme, the initiative to install the equipment is supported by the European Union, a key justice donor partner.

Justice Minister Delroy Chuck has frequently pointed to the installation of video link and audio recordings among the measures needed to modernise the ailing justice system.

Chuck recently pointed to three mobile units that are equipped to facilitate witnesses giving evidence remotely and promised that another 22 mobile units are to be acquired.