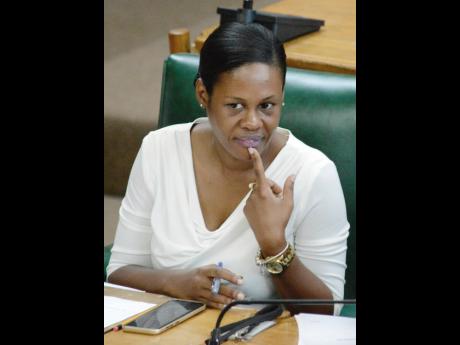 The Constituency Development Fund (CDF) Pro-gramme Management Unit in the Office of the Prime Minister has confirmed receipt of $24 million out of the approximately $109 million that the Social Development Commission (SDC) owes to a number of constituencies.

Kedesha Campbell, CDF Unit head, yesterday told members of the CDF Committee of Parliament that the funds would be allocated shortly, once the SDC provides the spreadsheet outlining what is owed to each constituency.

"Be not alarmed. It will be done in a fair and efficient manner. What is outstanding to you, you will get once we receive the monies from the Ministry of Finance and the SDC," she said.

The SDC is the main agency used by members of parliament to implement approved projects in constituencies.

It was revealed years ago that most of the money owed to the constituencies was used to cover the agency's budget between 2008 (when the CDF came into operation) and 2012.

It was also disclosed that the local government ministry, through the Ministry of Finance, was looking at a payment plan over a number of financial years.

Speaking to The Gleaner after the sitting, Campbell argued that strides have finally been made as a result of the firm approach taken by her unit.

"I believe that if we did not go to them in a strident manner to say that you owe us, you have been receiving the money, you need to pay up, then we may not have been given the money [as yet]," she said.

"I can say, going forward, that we are going to make MPs feel pleased that the unit is for them and not against them," she added.