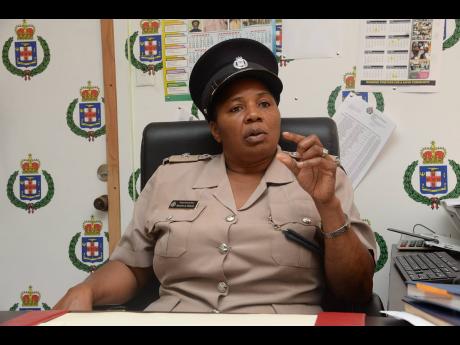 Party promoters can expect full enforcement of the Noise Abatement Act for the summer as cops promise strict vigilance and no exceptions to the 2 a.m. party lock-off time across the island.

“They [party promoters] already know the law, and they are reminded that once they come to pick up their permits from the superintendent, if they don’t want to be blacklisted, they must comply,” Assistant Police Commissioner Gary Welsh, head of police operations, told The Gleaner.

“We urge commanders to be mindful of the fact that there will be an increase of those kinds of activities and to do their policing around that,” said Welsh, noting that cops are urged to use their discretion when approving party permits and enforcing the regulations.

“Surprisingly, we have not had many breaches [so far], and usually upon detection, we ask that they (promoters) desist, and they usually comply,” Welsh told The Gleaner earlier this week.

According to the Noise Abatement Act: “No person shall, on any private premises or in any public place, ... sing or sound or play upon any musical or noisy instrument; or operate or permit any loudspeaker, microphone ... in such a manner that the sound is audible beyond a distance of 100 metres from the source.”

Earlier this week, residents of Grants Town in Port Maria, St Mary, complained about noise pollution from a sound system in the area.

“They play the music at random, out of the blue, without a permit. It doesn’t matter what time of the day it is, they just turn it up. My house is about half a mile, and I suffer from high blood pressure. The noise sends up my blood pressure,” said one resident, noting that the noise prevents him from getting enough rest for work the next morning.

“Every day, they say that they are turning up the sound. There is just this constant noise from the sound system every day,” he said.

The resident said that he has sent several letters to the police and other authorities in the area, but that the noise nuisance continues unabated.

When contacted, Superin-tendent Bobbette Morgan, head of the St Mary Police Division, said that she had no knowledge of any recent complaints from Grants Town residents and urged citizens to contact the police for help.

“The parties provide major economic activities for St Mary. Some people depend on it as a living,” she said, adding that the law, however, must be respected.

“It is not that we want to impede people’s living. I don’t have any issue giving them the permits, but they have to stick to the Noise Abatement Act,” Morgan said.

“I am not going to say that there haven’t been breaches, but I am not one of those persons that people can come to and ask for extensions. That is not in my book. And if they are keeping an event and they don’t have a permit, the event is going to be locked off,” she stressed.