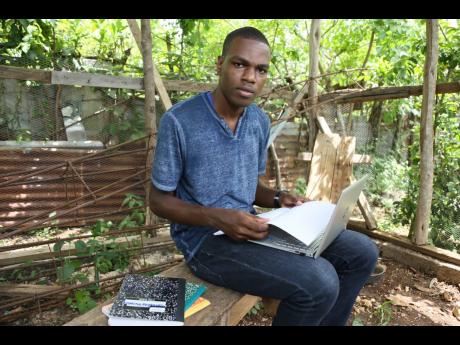 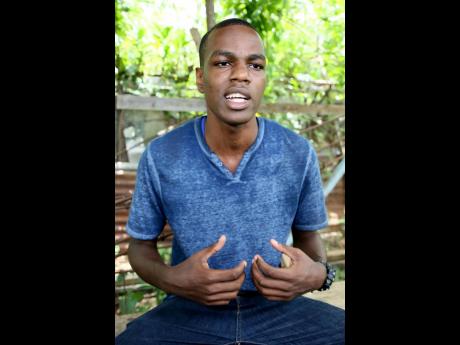 Nathaniel Stewart
Ricardo Shields wants to go after his dreams.
1
2

Nineteen-year-old Caribbean Maritime University (CMU) student Ricardo Shields is thanking God he can make it through year one pursuing a mechatronics engineering degree.

He is uncertain if he will make it to year two and beyond, but is putting all his faith as a Christian in the Lord, that the way will be made possible to see the journey through.

Shields shared with The Gleaner that it was a miracle in the first place even beginning, as after completing upper sixth at Central High School, he thought about seeking a job and working for a couple of years in the hope he could save up the money to begin.

Unable to live with his mother any more, he ended up living his pastor and wife – although they were facing their own challenges with two of their children in the same situation.

That never stopped them from offering a place where he could lay his head and giving him emotional and whatever aid they could give.

Shields said encouraged to go after his dream, he took the plunge and applied to CMU and was accepted.

“I started wondering how I am going to get started there because I didn’t have any financial support,” he related to The Gleaner.

Shields, who lives on Bailey Avenue, a troubled section of central Clarendon, said his main motivation is to break the stigma and make something of himself.

With some assistance from Member of Parliament Mike Henry, he said the challenges were still great. He made it this far by the kind donations of well-wishers and having to take out a student loan.

The first semester proved to be a godsend as he did online classes; however, the second semester heralded the beginning of major struggles as he had to get up 4:30 in the mornings to make his way to school.

“By the time I got home, depending on the traffic, sometimes at 7 p.m., I am so tired that I can hardly get the energy to study,” he shared.

As he looks to complete year one, Shields says he is hoping he will get the help to pay his tuition of almost $500,000, which is his biggest challenge. He is also hoping he can be assisted in getting a place to stay in the Harbour View area so he could eliminate the travelling and get more time to study.

Failure is not an option for him, as he said he is self-motivated and wants to break the cycle of negativity in his community.

“I am in a community where many young persons actually are more gravitating towards the guns and all the illegal activities, but I made this commitment to myself that I am going to be something great because I realise that I have the potential from a very young age. I decide that it might be hard, might be tough, but it will only last for a while and I tell myself that life is made of many seasons,” he shared.

Acknowledging that he is currently going through a season, he is looking forward to it changing to a better climate where his situation is concerned.

Shields, sharing that his ultimate goal is to finish his degree and pursue a career as a mechanical engineer, said he is hoping it will be his ticket out of poverty where he can aid in changing the cycle of others around him as well.

“This is so important to me because basically, as a young man, I realise that over the years, even in Jamaica, young men oftentimes fall behind. Many young persons have potential to do great things but they allow situations and problems to get the best of them. I tell myself that if I want to make a difference, I have to make that first step to make the world become a better place, even to help myself, and see myself helping others in the future,” he notes.