No shortage of jet fuel in Kingston, says energy ministry 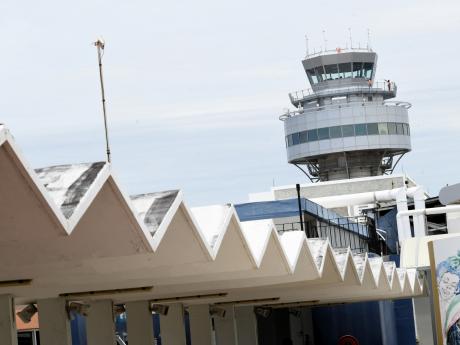 “The ministry categorically states that at no point was there a shortage of jet fuel in Kingston or on the island, and that any information of this nature is incorrect”: energy ministry.

There is no shortage of jet fuel in Kingston, the Ministry of Science, Energy and Technology is assuring, as it seeks to correct the “erroneous information circulating on social media” making such assertion.

Earlier today, a social media user made a post that stated a Jet Blue flight had “to return to the gate to get extra fuel” after the “stewardess announced that Kingston had no jet fuel”.

“The ministry categorically states that at no point was there a shortage of jet fuel in Kingston or on the island, and that any information of this nature is incorrect,” the energy ministry stated in a press release today.

“The ministry, however, acknowledges that there was an equipment issue, due to an airlock in the hydrant loading system at the Norman Manley International Airport, which interrupted fueling services for a short period. This was, however, resolved quickly, without causing any disruption to air traffic.”

The ministry is assuring travelers and the aviation industry that there is adequate supply of jet fuel to service aircraft entering and leaving Jamaica's airspace.

“What we had was a technical difficulty at the Kingston airport. We did not run out of fuel and were able to supply all the airlines by 7:00 am. Any airline or anybody who said there was no fuel was incorrect,” Chadwick Paul, Aviation Depot Supervisor attached to one of the country's main suppliers, Total Energies, at the Norman Manley International Airport, told The Gleaner.

He said JetBlue planes from John F Kennedy and Ft. Lauderdale arrived and departed Jamaica without any issues.

The energy ministry is also encouraging individuals to be responsible when posting on social media, as well as to ensure that they are retrieving information from credible sources.