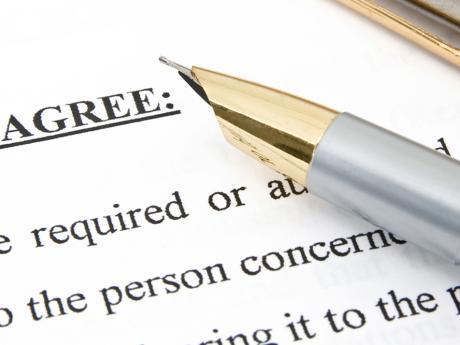 Among other things, the watchdog agency wants the leaders to commit to integrity, accountability, and openness. It said it is looking forward to a "timely and positive response''.

The Integrity Commission wants Prime Minister Andrew Holness and Leader of the Opposition Mark Golding to sign a leadership code of conduct as it seeks to promote good governance.

The commission says letters dated November 15 outlining pillars under its Code of Conduct Leadership Commitment were sent to both individuals.

In a statement today, it stated that it took this step after engaging the country's leaders in a comprehensive series of anti-corruption and good governance workshops.

Among other things, the watchdog agency wants the leaders to commit to integrity, accountability, and openness.

The commission stated that these are key principles of public life.

The commission said it is looking forward to a "timely and positive response''.

Jamaica's Integrity Commission has formally written to the country's Prime Minister Andrew Holness and Opposition Leader Mark Golding asking them to officially subscribe to a Code of Conduct Leadership Commitment.

The request to both of the country's leaders follows the Integrity Commission's delivery of a comprehensive series of Anti-Corruption and Good Governance Workshops to the Prime Minister and his Cabinet, as well as to the Opposition Leader and his Shadow Cabinet.

Under cover of a joint letter to the Prime Minister and Opposition Leader, dated November 15, 2022, the Integrity Commission has sent to them formal copies of the proposed Leadership Commitment document which outlines the Seven Principles of Public Life.

The Commission's letter, which was signed by its Executive Director, Greg Christie, states that the Commission is looking forward to a "timely and positive response'' to its overture.

The Commission has also advised that similar commitments will be sought from the several Public Bodies and Officials to which it has been administering its Anti-Corruption and Good Governance Workshops.

The Seven Principles of Public Life, which the Prime Minister and Opposition Leader have been asked to sign, subscribe and commit to, are as follows:

Holders of public office should act solely in terms of the public interest. They should not do so in order to gain financial or other material benefits for themselves, their family, or friends.

Holders of public office should not place themselves under any financial or other obligation to individuals or organisations that might seek to encourage improper behaviour in the performance of their official duties.

In carrying out public business, including making public appointments, awarding contracts, or recommending individuals for rewards and benefits, holders of public office should make choices on merit.

Holders of public office are accountable for their decisions and actions to the public and must submit themselves to whatever scrutiny is appropriate to their office.

Holders of public office should be as open as possible about all the decisions and actions that they take. They should give reasons for their decisions and restrict information only when the wider public interest clearly demands.

Holders of public office have a duty to declare any private interests relating to their public duties and to take steps to resolve any conflicts arising in a way that protects the public interest.

Holders of public office should promote and support these principles by leadership and example.