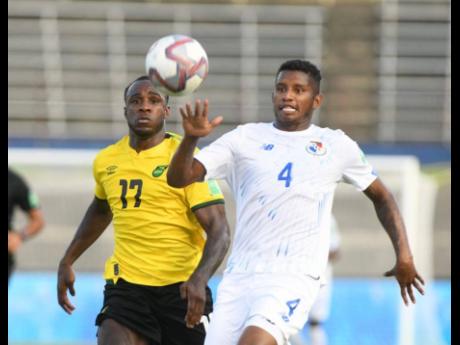 Reggae Boy Michail Antonio has made himself unavailable for Jamaica's squad for their three FIFA World Cup qualifying matches this month.

The Reggae Boyz are now in Austin, Texas where they face the United States on Thursday night, before playing Canada in Kingston on Sunday, then Honduras in San Pedro Sula the following Wednesday.

Antonio says that the decision was taken by himself, the Jamaica Football Federation (JFF), and his English Premier League club, West Ham United.

“I can confirm that, unfortunately, I will not be joining up with the Jamaica national squad for the World Cup qualifying matches this week," Antonio said in a press statement. "Myself, West Ham United, and Jamaica have all agreed that, given the logistical and travel difficulties involved at present, it is better for me to remain with the club in London at this time. I remain fully committed to Jamaica and look forward to representing my country in the future.”

Antonio has so far made one appearance for Jamaica, their 3-0 loss to Panama in Kingston on Sunday, September 5.

It is also understood that only 18 of the 23-man squad arrived in Texas.

The JFF says that Junior Flemmings and Jamoy Topey (in to replace Ethan Pinnock) will arrive later today. Midfielder Daniel Johnson and defender Liam Moore are also unavailable through injury.

More in the Wednesday edition of The Gleaner.