The Senate Did Its Job 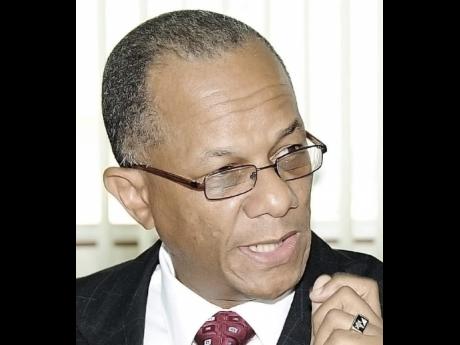 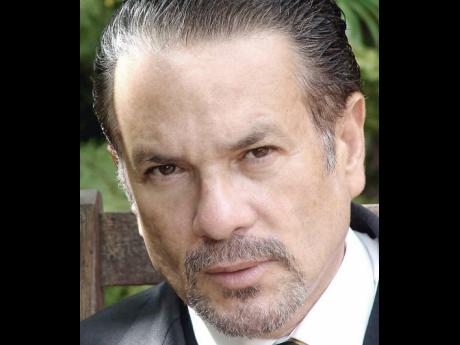 Just when one thought the Senate had forgotten its real purpose and had been caught up in political partisanship and petty squabbling, members of the Upper House last week, in debating a particular bill, demonstrated they still remember what their responsibilities are.

Last Friday, the Maritime Drug Trafficking (Suppression) (Amendment) Bill 2015 was considered. Justice Minister Mark Golding expected to breeze through the bill and have it passed right away. But it was not to be. The Senate did its job.

The bill proposes to grant the minister of national security the power to waive Jamaica's right to exercise jurisdiction over Jamaican nationals who are detained on a Jamaican vessel by the law-enforcement authorities of a treaty state away from any state's territorial sea.

Jamaica is a party to the 1988 UN Convention against Illicit Traffic in Narcotics Drugs and Psychotropic Substances. Under this convention, state parties are required to cooperate through bilateral or multilateral arrangements enhancing the effectiveness of suppressing illicit maritime trafficking in drugs, and to enact the necessary legislative and administrative measures to achieve same.

In 1998, the Maritime Drug Trafficking (Suppression) Act was enacted by the Jamaican Parliament.

When the bill was brought before the House a few weeks ago, opposition members Delroy Chuck and Pearnel Charles criticised the amendment to the bill.

Chuck said it is an admission of the failure of the local justice system, while Charles disagreed with having a trial outside of Jamaica.

None of them, however, appeared to have read the two-clause bill closely enough to have mounted real opposition to the bill. Their intervention was more heat than light.

However, in the Senate on Friday, K.D. Knight and opposition senators Tom Tavares-Finson and Arthur Williams demonstrated they knew what they are about.

Knight, who as national security minister, piloted the bill through the House, recalled that the 'waving of jurisdiction clause' was in the bill he brought over a decade ago. He said that objections were led by Central Kingston MP Ronald Thwaites to the clause and it was omitted on the floor.

It would be good if Thwaites, who is now a member of the Cabinet, provides an explanation as to why he thinks this bad clause should go forward now.

By his silence on the matter, he is in support of a piece of law which appears to be unconstitutional.

For as Knight pointed out, the waving of jurisdiction over a national is akin to extradition.

He insisted that the Jamaican national to be tried in a foreign jurisdiction should have the protection of law before that surrender takes place, and that there should be some prima facie existence of a criminal offence.

The bill relates specifically to a foreign vessel found on the high seas with contraband such as drugs and guns.

Jurisdiction is conferred to the territory which has flagged the vessel. But by treaty arrangements, there can be surrender of jurisdiction to the country whose law-enforcement officers apprehended the vessel.

If there are Jamaicans aboard, they would be brought back here for trial, but the bill is proposing that the signature or the national security minister be sufficient to decide whether he is sent to face justice in a foreign land.

Now, if this is not dangerous, then I don't know what is. The link between the criminal underworld and politics is well known, and the ministerial discretion can be exercised in a corrupt manner.

"It can't be that a discretion is exercised without some kind of guidelines," Knight said.

Williams correctly called for the drafters to insert those guidelines in the bill. We hope those amendments are drafted ahead of the next sitting of the Senate.

As Knight puts it, "Discretion cannot be whimsical. Discretion has to be exercised in a quasi judicial matter.

It would be most unfortunate if Golding returns to the Senate maintaining the stance that there is nothing wrong with the bill.

It would also be unfortunate if the impression is given that opposition to the bill means that one does not understand the magnitude of the problem created by drug trafficking and gunrunning.

Indeed, one agrees with the observation that maritime security threats take several forms, including the illicit trans-shipment of weapons, hazardous materials, drugs and persons, as well as activities such as terrorism and piracy.

"As a consequence of this ever-present threat, and in the interest of national security, there is an urgent need for swift and decisive steps to be taken to deal with persons suspected to be involved in narcotics and firearm trafficking, who use the seas as their means of transport, whatever their nationality," Golding said.

No local prosecution has been successful where Jamaica asserts jurisdiction over its nationals who are held away from our territorial waters on vessels found with contraband.

"We have had repeated situations were traffickers are held at sea with large amounts of contraband; the vessel, the contraband and any non-Jamaican nationals are taken for prosecution in the US; the Jamaicans have to be handed over to the local police, after which a habeas corpus application is quickly filed in the Jamaican court to secure their release, which the prosecution cannot effectively resist as it is not and will not be in a position to proceed with a prosecution in Jamaica. The culprits go scott-free and promptly return to their illegal activities," Golding explained.

"This unsatisfactory state of affairs promotes the image of Jamaica as a soft haven for narcotics trans-shipment, through which illegal drug traffickers can effectively escape the reach of international law enforcement. It also gives a perception of unwillingness by Jamaica to cooperate with its international partners, and is sapping their willingness to cooperate with us by allocating valuable strategic law-enforcement assets to assist in patrolling this part of the Caribbean," he added.

The Gavel is equally as anxious as Golding and National Security Minister Peter Bunting to break the back of narco trafficking and bring perpetrators to justice. But this cannot be at any cost.

The call, therefore, for the bill to be considered with the relevant treaty is proper. Golding should cause copies of the treaty to be brought to the Senate in order to guide members in consideration of the bill. If this cannot be done, the bill should not be allowed to progress any further. It should die.

There can be no justification for enacting any law which may either impinge on the rights of Jamaicans to a fair trial or give a politician the right to decide which justice system a drug kingpin faces.