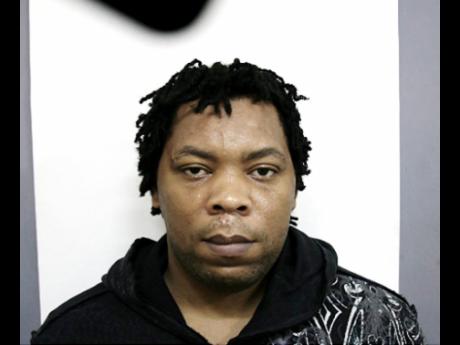 Last Tuesday, just before Parish Judge, Sancia Burrell shocked reputed leader of the Clansman Gang, Tesha Miller, with a 'massive' fine for making a false declaration to immigration officials, she signalled the quantum with a classic bit of sarcasm.

"I hope you are prepared to pay the maximum fine or call a family member or relative if you can't manage."

And then he was fined J$100. Maybe $100 could buy a quarter-pound of salt fish, but there would be no flour. Yes, one hundred dollars. The judge was, in essence, sending a message to our lawmakers at Gordon House. That message was: Do your jobs. Update these idiotic, archaic laws.

By late Wednesday night, I was contacted by an individual doing postgraduate law studies. He asked that his name be kept out of this column. He attached a list of laws that he was using as reference to make a case that lawmakers have not been doing their jobs in 'building out a living Constitution', that is, reviewing the laws and making them relevant to the realities of the present.

While I did not have the time to check for the authenticity of the document he sent me, I was satisfied that he would be a most foolish individual to use faulty references in his postgraduate studies.

The various sections are covered under the broad statute, Constabulary Force Act and Towns and Communities. No dates were appended.

Under the Towns and Communities Act, Section 5a, the fine for 'exposing goods for sale' is $4. Under the same act, but this time at Section 6, the sanction for riotous behaviour in public place while drunk is a 'fine not exceeding $6 for every offence or imprisonment not exceeding 10 days'.

To me, it would suit the drunk to opt for the imprisonment because the cost of keeping him behind bars would definitely include providing him with meals. And it would give him the needed sustenance until his next bout of bad behaviour.

Bear in mind that Jamaican dollar coins are generally found on the street alongside the garbage.

I have no idea what were the specifics of Miller's false declaration, but based on the fact that he was previously named as a person of interest, I would hazard a guess that he would have much preferred that his name not be Tesha Miller on any immigration declaration.

He is obviously a very resourceful man, having been deported from the Bahamas earlier this month.

Parish Judge Sancia Burrell has given a wake-up call to the justice ministry as only a working member of the judiciary could. Do your job.

If a man is drunk but so loaded that he is incapable of 'riotous behaviour', under the Towns and Communities Act, Section 8, the sanction for 'persons found drunk on the streets' is 'a fine not exceeding $4, and in default of payment, to imprisonment not exceeding 10 days'.

In reality, it would probably suit the potential arresting officer to just drag him over to a more comfortable spot on the sidewalk and proceed to more pressing matters.

One suspects that at the time when these laws were drafted, the fines were denominated in the old colonial currency of pounds. Hence, $4 would have been two pounds, turned into Jamaican dollars in September 1969, the day we went decimal in currency. Certainly, two pounds would be a hefty fine for the town drunk, while $4 in today's money can barely purchase an 'Icy Mint'.

Under Section 18 of the same act, for the offence of 'goods not to be exposed for sale on a Sunday', the penalty is a 'fine not exceeding $4 for each offence of selling'. Back in the good old days, the nation and the colonial authorities had so ingrained the sanctity of Sunday into our thought processes that daring to hawk goods was close to heresy.

If a man and his friends in very musical Jamaica decided to take up a guitar and organ and drums and gather by the roadway, under Section 14 of the Towns and Communities Act, under the offence simply called 'street musicians', the penalty would be a 'fine not exceeding $4'.

If a man left his gate open and his mangy mongrels decided to take to the streets, under Section 15 of the same act simply listed as 'mad dogs', the penalty would be a 'fine not exceeding $10'.

When I was in my 20s, the weekly pay for a domestic helper was $10. In 1973, when I decided to pay my domestic helper $12 per week, I considered myself way ahead of the curve, but it created jealousy among her peers who were being paid the standard $10.

One assumes that this means policemen in possession of contraband arms and ammunition.

Miller entitled to his rights

I do not know Tesha Miller, but I suspect that it would be quite an interesting interaction were I to meet him and sit down for an hour's talk. On Thursday evening, he was released from custody after the police failed to muster a charge.

He is able to afford high-powered, experienced attorneys-at-law. So I guess he earns significant income from whatever it is he does for a living. Many of us 'normal' Jamaicans are forced to envy him because if we were ever taken in by the police, a half-good lawyer's retainer would be in the region of $250,000. Then there would be additional costs associated with time conversing with the lawyer and huge fees for court appearance.

Many years ago, JLP leader and then prime minister, Eddie Seaga, told the nation that it takes cash to care. On the other side, the PNP preferred the model of the welfare state, essentially buying the favour of the voters by doling out alms while delaying the broader aims of developing the country's productive base.

As far as justice goes, it does indeed take cash to care. An innocent man arrested on, say, a charge of murder cannot rely solely on his innocence and his appeals to the Bench in his fight for justice. The job of the prosecution is to place him behind bars.

So, a man of means who is able to afford to spend, say, $5 million on a good lawyer, his guilt or innocence has little to do with his guilt or innocence. It's all about his lawyers' experience and their knowledge in navigating their way through a justice system filled with many perilous twists and turns.

The offence under Section 19 of the Constabulary Force Act is as laughable as many other parts of justice in Jamaica. Under the offence 'escaping or attempting to escape when stopped and searched', the listed penalty i a 'fine not exceeding $2,000, or to a term not exceeding six months, or to both such fine and imprisonment'.

We know the reality of trying to escape from the police when stopped and searched. It's usually, boom, bye-bye!

Justice Minister Delroy Chuck has his job now cut out for him. His bright young consultants need to red-flag many of these archaic statutes and energise our lawmakers to make the necessary changes.

Charging a man 'tin mackerel' money for such a serious matter as making false declaration to immigration officials will just not cut it. But this is just not on the watch of Mr Chuck alone. The responsibility lies at the feet of lazy politicians on both sides of the aisle over many years.

- Mark Wignall is a political and public-affairs analyst. Email feedback to columns@gleanerjm.com and observemark@gmail.com.