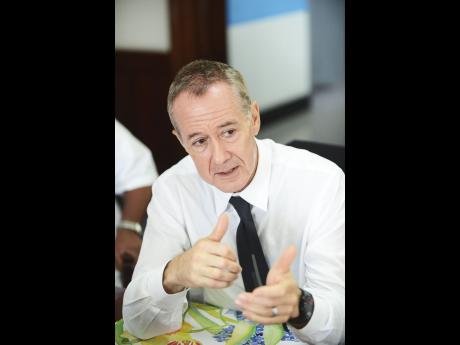 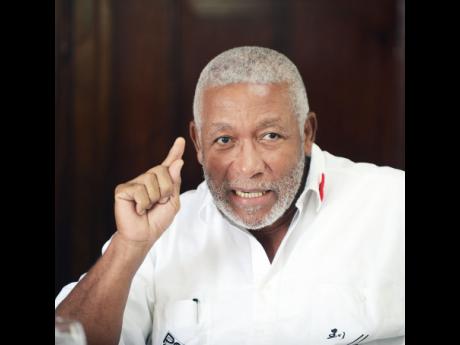 Weak management within the ranks of the Jamaica Constabulary Force (JCF) resulted in losses and waste calculated at $1 billion in the last three years, two internal reviews have revealed.

Professor Anthony Clayton, who was part of both review teams, revealed yesterday that the second evaluation, which was conducted earlier this year, found that the JCF was losing more than $500 million through its failure to collect traffic fines, among other things.

In the first review, conducted in 2014, Clayton said the team also identified $500 million in funds that was being "simply badly spent".

"So without really, very much effort, we identified over a billion dollars which could be recovered simply with better management of the financial resources and used to finance all of the other improvements," Clayton said during a Gleaner Editors' Forum, held at the newspaper's central Kingston offices.

The disclosures came as Clayton, a top national-security policy expert, sought to underline the need for an urgent overhaul of the JCF.

While noting that there are effective governance systems within the JCF, Clayton said that management weaknesses at the various levels of the police force were a central problem "that runs pretty much through all the specific problems" the review teams encountered. These weaknesses, he said, were observed in critical areas such as firearms control and the deployment of resources.

"Weaknesses with regard to making a running operation, with regard to firearms and ammunition control, and in regard to the deployment of assets, the location of assets, managing the shift system, knowing where your officers are," he explained.

"All of this really runs back to the same core problem, which is fundamental management weakness, which runs all the way through the JCF," he continued.

Despite this, Clayton revealed that he and other members of the review teams were surprised by the pushback from members of the JCF seeking to frustrate the reform process. "Their first line of defence is to say, 'Sure, we can do all of these things, but it's a matter of assets,'" he shared.

"So, in the end, it looks very much that the obstacles were really to do with the entrenched practices and culture of the force. To get over those hurdles, you really need to have not just strong leadership inside the JCF, but you also need constant pressure from outside," Clayton urged.

However, for Rear Admiral Hardley Lewin, the man who served as police commissioner for 23 months before stepping down in 2009, the JCF cannot be reformed. "You have to transform it and there is a clear difference," he reasoned.

"It doesn't mean that you are going to shut it down and start different. That's not the way; it can't happen," said Lewin, a former army chief.