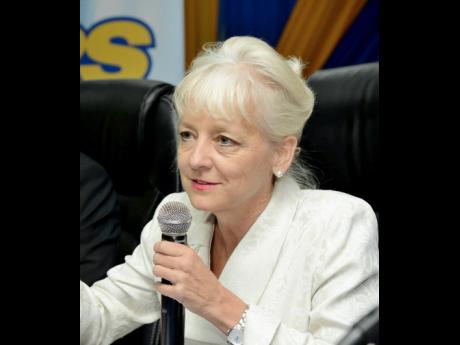 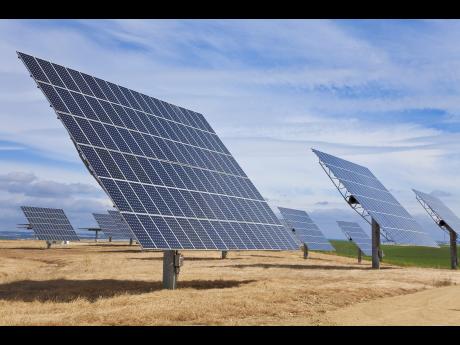 A field of photovoltaic solar panels providing alternative to the supply from the JPS.
1
2

With many local entities turning to solar systems or other renewable systems to reduce their reliance on more expensive energy supplied by the Jamaica Public Service Company (JPS), there is a another indication that persons who remain on the JPS grid could face the consequences.

"We all should be concerned and thoughtful. You don't want everybody who can afford solar on their roof going off the grid because you would still have to pay for the grid," CEO of the JPS, Kelly Tomblin, told The Sunday Gleaner during a recent interview.

"How do we take care of a particular company so that we also take care of the whole? How do we find a way to make it affordable for everybody and don't just let people cherry-pick off the grid?" added Tomblin.

The target is to have 20 per cent of the country's energy need being supplied by renewable sources by 2018, moving to 30 per cent by 2030.

"This could be due to the fact that the cost of electricity to customers has dropped by about 25 per cent over that time (usage tends to increase when the price of electricity is lower)," the JPS said in an emailed response to questions from our news team.

According to the JPS, while it has not yet seen any revenue fallout from renewable energy installations, it recognises "that energy sales could have been higher if some customers had not gone off the grid".

If more paying customers move to renewables and leave the JPS, the company will be selling to a smaller group of paying customers and could be forced to find alternative ways to remain profitable, which could see electricity cost increase for some customers.

Tomblin admitted that if the company's top 50 customers were all to leave the grid it would cause a serious problem, but she argued that she is confident that these companies are cognisant of their responsibility to the Jamaican people.

"I am really encouraged, having been in meetings with our top 50 customers, and we are having a lot of meetings with the Private Sector Organisation of Jamaica (PSOJ) and the Energy Committee to say how we can balance personal and country interest," said Tomblin.

"People who are adding solar are doing so during the day; that is not when Jamaica has a peak. So unless they have storage we have to maintain the same power plant and the same grid, because they come on the JPS system at nights, so they still have to pay and, therefore, it is not that much of an impact to the system," said Tomblin.

But PSOJ President Paul Scott said the decision to remain on the grid or not is one entities will have to decide based on what is best for their business.

"I am aware of some members who have not come off the grid because of the impact it might have on residential users, while other members have come off the grid," said Scott, who is a member of the Electricity Sector Enterprise Team.

"So one must make their own economic decision based upon their own situation. Serious companies would take that (impact on residential users) into consideration. I would encourage our members to make decisions that will impact the overall competitiveness of Jamaica. Different industries have different utility requirements and therefore, you can't generalise."

According to Scott, the use of the grid will change over time, as PSOJ members, and the private sector as a whole, are always going to calculate the cost of energy as a significant part of their business.