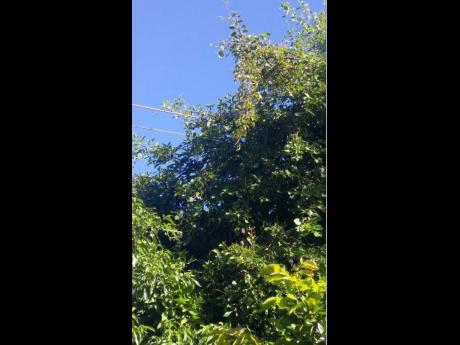 Erica Virtue
Wires from a JPS utility pole in contact with bushes in south Manchester.

Hundreds of residents in communities in South Manchester are now seeing a ray of hope after the Jamaica Public Service Company (JPS) started rehabilitation work in the area.

The residents had complained of frequent lengthy breaks in electricity supply in the area for months and following the publication of their complaints by The Sunday Gleaner, a team from the JPS moved into the communities.

“Last week, at least seven different JPS vehicles were in the area. One of the vehicles was one that has the basin, where you can go in there and go up to the lines. I think they were cutting the bushes around the light poles,” said Enroy Derby.

He said a light post in Allen Town, which they feared would fall and cause injury or death, has also been replaced.

According to Derby, while the residents appreciate the work, they are disappointed that they had to wait so long.

“Is years people reporting it to the JPS and they did nothing and as soon as a story come out, they all gather up down here. Why they just can’t do what they are supposed to do? Why everybody like when there is a big stick over their heads?” said fellow resident Carolyn Reid-Ellis.

The JPS had told The Sunday Gleaner that one of the main contributors to the frequent outages was vegetation coming in contact with power lines.

The company had also reported that it was having some challenges on the feeder that supplies power to the communities and promised that those would be corrected by the first week in January.