Doctor's Advice | Does he love me? 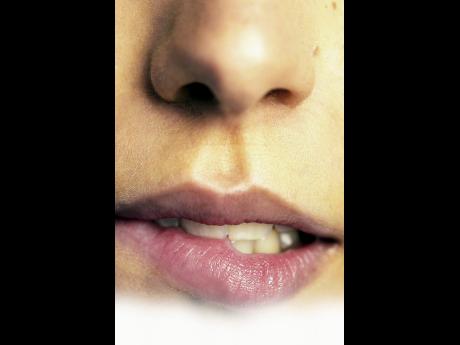 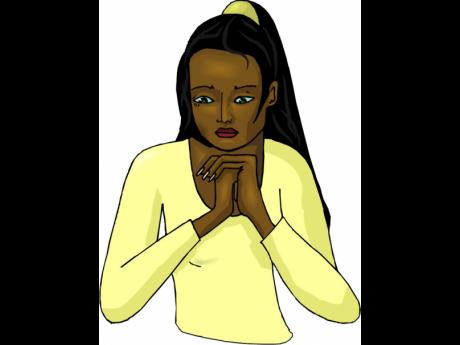 Q Do you think that a boy in Havendale loves me, Doc? I am 16 and he is 18. A couple of months back, he came to a party my mother organised at my house.

Somehow, we both slipped out into the garden and started kissing. He pressed my back against an old lemon tree and I let him put his penis into me. I felt it take away my virginity, Doc.

Afterwards, he kissed me and told me that I was a lovely, beautiful girl. I began to feel that, perhaps, he loved me. Then we went back into the party and he danced with me several times until it was time for him to go home.

The next day, I asked my mom about him. She told me he was the son of one of her best friends. She said he was a nice boy.

Well, after that, I began to have dreams about marrying him one day. He has now been to our house several times with his mother, mainly to help with charity functions. He always smiles at me warmly and tells me how good looking I am. Twice, he has 'snatched' a kiss with me when neither of our mothers was looking.

You obviously have a lot of experience in these things, Doc. Do you think that this boy loves me? Do I have any prospects of a long-term future with him?

A Oh dear, oh dear! Like many teenage girls, you have allowed yourself to be carried away by romantic dreams.

Look, you have absolutely no evidence that this young guy loves you. Alas, again and again female teenagers get the idea that because a male has had sex with them, that must mean love! Unfortunately, it doesn't.

You see, a lot of young guys would cheerfully have sex with any girl, if it was available.

If a girl is seduced by a young man, that does not mean that the boy must love her.

It is just possible that the two of you might end up dating one day, especially as your moms are so close, and your mother likes this boy. But please don't rush into it. And please don't give him sex any more!

One good thing: you make no mention of your menses being overdue, so it seems like you have been lucky enough to avoid pregnancy. Please don't take the risk again!

Q I am a guy of 19 years and my best friend is the same age. In our town, which I will not name, we both know a girl who is around 20 years old. To speak plainly, Doctor, she is real slack!

Is this really possible, Doc? And are there any dangers?

A I think this is a crazy plan. Yes, it is true that under certain circumstances, two men can enter a female's vagina at the same time, usually with one in front of her and one behind.

This sort of 'kinky' activity is easier in middle-age women who have had several children because the lady's tissues are probably less tight. In my opinion, it would be difficult with a young woman.

Now I must warn you that any sexual relations with this 'slack' girl is quite likely to lead to an infection. It sounds like she is 'sleeping around' and it would not be surprising if she is carrying chlamydia, gonorrhoea or other infections.

Putting two penises inside her at once strikes me as a highly efficient way of catching a sexually transmitted infection. Also, if by chance she got pregnant, how would you two guys know which of you was the babyfather?

One final thought occurs to me. Why on earth does your best friend want you to put your penis into the vagina alongside his? Presumably, you realise that your two organs would be touching?

This does make me wonder whether there is some homosexual element in his plans? Think about that!

Anyway, I urge you not to do this foolish thing. Teenagers do sometimes go in for crazy sexual activities, but this one is crazier than most.

Q My boyfriend is coming back to Jamaica next week, so I must get back on the Pill. But a nurse friend has told me that I have to wait for my next period before starting on it.

That will be too late!

What do you think, Doc? Is there any way round this?

A Well, the ordinary way of starting on the Pill is to begin on the first day of the menses. This gives you immediate protection.

But there are other ways. For instance, family planning experts say that if you feel that you have to start in the middle of the menstrual 'month', you can do so - provided that you use condoms as well for the next seven days.

WARNING: This will not work for a couple of brands of Pill! So if in doubt, please ask your own doctor for advice about what to do.

- Just use condoms until your next period arrives. Then start the Pill on day one.

- Don't have sex at all until the period arrives, so that you are able to begin your Pill on day one.

Q I am female, age 20, and I am convinced that I will never be able to have sex. This is because I have seen boys' erected penises and I am quite sure that I could never get those things inside me!

But I would like to have a baby one day. What do you think I should do, Doc? Maybe I should be thinking about artificial insemination?

A I doubt if you will have to go that far. In all my professional life, I have only very occasionally seen women who could not have intercourse because they could not get the partner's penis inside.

Sometimes this was due to structural abnormalities, like a 'septum' (a partition) down the middle of the vagina. But it is always possible for a gynaecologist to remove this.

Also, some females do have difficulty with a psychological condition called vaginismus, which is a sort of muscle contraction around the vagina. However, this can be treated by commonsense psychotherapy.

Q I am a guy of 21, Doc. I try to use condoms, but almost every time I put them on, they break! Is it possible to get bigger ones?

A Yes. Just Google the words 'large condoms', and around 20 million sites will be revealed.