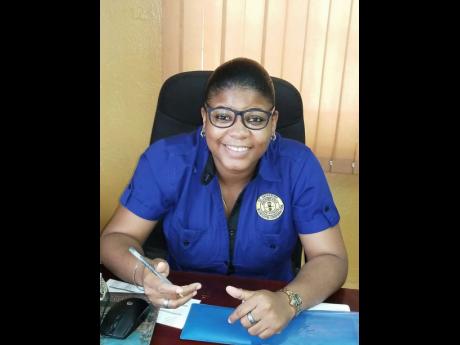 The Linstead Town Centre has added another service to its list of current offerings.

The town centre, established in 2014 as a pilot project by the Ministry of Local Government to decentralise services offered by the St Catherine Municipal Cooperation, has now added the payment of minor water supply to its growing list.

Manager of the centre, Chantae Brown disclosed that the facility has been fulfilling a goal of local government reform to give citizens a stronger voice in managing local affairs by decentralising certain basic services.

"As of October 1, we started collecting payments for minor water supply, so residents of Linstead and surrounding districts don't have to go to Spanish Town to make these payments," Brown told Rural Xpress.

"In addition to payments such as barber and hairdresser licences, vendors' fees, amusement licences, as well as burial fees that already have been facilitated at the town centre, residents will see more services offered in the near future," Brown stated.

"We don't just stop at these services. We also handled complains where residents need special services from poor relief and other agencies; we arranged such meetings for the residents," she explained.

The town centre manager reported that provisions for a building officer to be stationed at the facility on Wednesdays, to approve building plans, are now being finalised.

She disclosed that a skills bank, aimed at identifying skilled workers such as carpenters, masons, plumbers and other categories, has been set up to assist residents with finding jobs.

Brown noted: "The collection of fees at the centre has improved tremendously in the three years of operation."

Many residents had complained in the past about having to go to Spanish Town to accomplish certain basic functions.

"We are encouraging more citizens from these communities to make full use of the town centre, given its physical location to them," stated Brown.