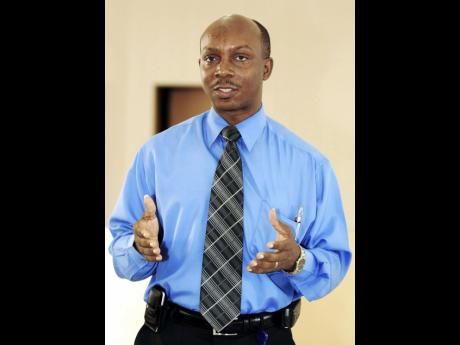 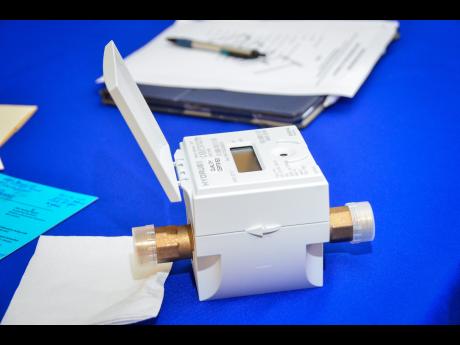 File
One of 450,000 digital water meters being installed by the National Water Commission.
1
2

The plan by the National Water Commission (NWC) to install 450,000 new digital water meters across the island could result in several of its customers paying more each month, but the commission says that is unavoidable.

"We have deliberately pointed out to persons that if you have an old meter and it is replaced by a newer meter, you are likely to see more being registered on the new meter than you used to have registering on the old meter," Charles Buchanan, corporate public relations manager at NWC, told The Sunday Gleaner.

"That is simply a function of the way in which meters work. The older meters tend to slow down and under-register, so these meters usually under-register the volume used by the customers and causes them to be billed for less than they actually use," added Buchanan.

The static hydrous ultrasonic water meters, which have been acquired by the NWC at a cost of €$37 million, will be installed over the next five years in communities located primarily in Kingston and St Andrew.

Buchanan explained that there had been an initial project involving the installation of 60,000 of these new meters started some two years ago, and as such, some NWC customers are already being billed based on those meters.

The increased bills reported by some NWC customers who have had the new meters installed have prompted several persons to declare that they want to remain with their old meters.

Last week, the president of a citizens' association in a relatively new middle-income community in Portmore, St Catherine, told The Sunday Gleaner that while the majority of persons living in the scheme pay a fixed rate for water consumption each month, others are billed based on the reading of the new digital meters recently installed by NWC.

"They are complaining that it is like their water bills doubled since the digital meters were installed," said the president who asked not to be named.

"Is like a truck passes and vibrates the house when the meter spins. That is what they are complaining about. If the pipeline sweats, it register on the meter," he charged.

Buchanan later admitted that the meters are sensitive, but he was adamant that they only measure water that passes through the pipeline.

He warned that persons who have grown accustomed to turning on their tap at full blast could also pay more as the meter will measure low flows as well as high-intensity flows.

"Our responsibility is to put in a device that would accurately measure what the customer is using and charge them for what they have used," said Buchanan.

He argued that the new digital meters have proved to be the most ideal technology for the NWC following initial testing.

According to Buchanan, the new meters come with several features, including the ability to detect leaks.

He underscored that the digital meter will be the standard NWC measuring device going forward, and so householders have little choice but to accept this despite their misgivings.